The Sturmey Archer clutch appeared in 1921 with the introduction of the K series hubs. Earlier Sturmey Archer hub gears did not have a clutch but used a completely different method of engaging the various gears.

This article covers all Sturmey Archer clutches from 1921 except N.I.G clutches. 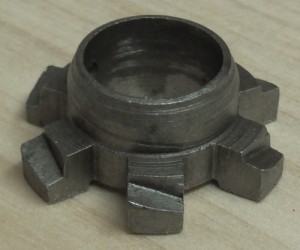 The clutch for the K series (part number K5) is a six lobed clutch. The hub had an indicator spring which allowed the clutch to move if it wasn’t correctly engaged. The angles on the clutch allowed it to move against the spring and find a correct engagement. An unfortunate side effect to this was that it showed wear more quickly than later clutches.

I have had some accurate patterns made of this clutch as original clutches in good condition are virtually impossible to find.

One variation on the K5 clutch was the K209 which was made from N.C.C.H. steel and had some non functional sections cut away to reduce weight. This clutch was designed for the KS medium ratio hub which was made for discerning club cyclists. Later KS hubs used the K5 clutch. The K209 is such a rare item and is not in high demand so I won’t be getting any of these made. The K5 clutch works just as well in these gears.

Clutches for A Series and F Series hubs 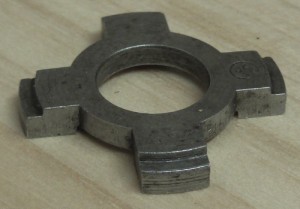 This was a four lobed clutch suitable for all A series 3-speed and F series 4-speed hubs. It was simpler in design than the K5.

I have these in stock as NOS parts and as reclaimed parts.

This was identical to the K505 but was made from N.C.C.H. steel for the AT tandem hub. The K505 clutch works just as well in these hubs.

This was a small redesign of the K505 which was part of a major design “rethink” which happened in 1951. The clutch sleeve flange was reduced in size and the recess in the clutch was altered to match. This caused a reduction in friction, although it is unlikely to be noticed by the rider.

This clutch was used until approximately 1965.

I have K505A clutches in stock as both NOS and reclaimed.

L9 for the Sturmey Archer SW 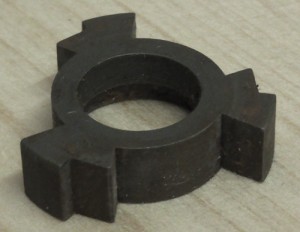 I have these as NOS parts and a few usable reclaimed parts. 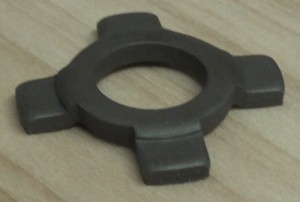 This was introduced in the mid 1960s and is made by a different manufacturing process. The clutch is more rounded than the earlier clutches and is of inferior quality. However the HSA117 clutch will still give many years of reliable service.

The HSA117 clutch is still being manufactured today and can be used in all A series and F series hubs.

Every Sturmey Archer clutch mentioned in this article is in stock ready for fitting. (except K209 and K755)